No results found with that criteria :(
ADVANCED SEARCH
You are here: HomeCatalogueAudioDigital Audio MixersAVID VENUE S6L Stage 32 Ex-demo-like new
ABOUT THE PRODUCT ABOUT THE MANUFACTURER GLOSSARY 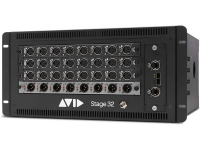