No results found with that criteria :(
ADVANCED SEARCH
You are here: HomeCatalogueAudioAudio AmplifiersL-Acoustics LA-12X Ex-demo, Like new
ABOUT THE PRODUCT ABOUT THE MANUFACTURER GLOSSARY

The LA-12X relies on a proprietary switch mode power supply (SMPS) equipped with a DSP-controlled PFC, capable of delivering 12,000 W regardless of mains voltages (from 240 V down to 100 V).
The PFC offers high immunity to unstable mains and lowers typical power consumption by up to 40% for the same usage conditions i.e., more power is available to the output stages from a given circuit (16 A at 230 V mains, 30 A at 120 V mains).
In addition to the high raw RMS power rating, the ability to deliver energy (power x hold time) yields the best performance from loudspeaker systems, especially in LF reproduction.

THX: Certification program for home theater equipment. Uses some proprietary features, but mostly assures a base quality level for a given room size. (See THX Select or Ultra.) Is compatible with any and all soundtrack formats. Stands for either Tom Holman’s eXperiment, after the engineer who drafted the original standard, or is named after the company’s founder George Lucas first movie, THX 1138. Nobody agrees on which.

THX Select: Certification program for speakers and receivers that assures a base level of quality and performance when played in a room that’s between 2,000 and 3,000 cubic feet. 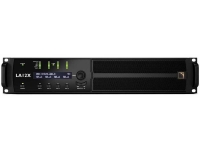