No results found with that criteria :(
ADVANCED SEARCH
You are here: HomeCatalogueAudioIn Ear SystemsKLANG:quelle 19" Used, Second hand
ABOUT THE PRODUCT ABOUT THE MANUFACTURER GLOSSARY

KLANG:quelle 19″ is a Dante enabled 8 channel XLR line level breakout box with additional 4 stereo reference headphone outputs. It integrates 2 devices in 1. Through the choice of premium converters suitable for low-resistance in-ear headphones, a crystal clear sound, without distortion, is enabled.
KLANG:quelle 19″ takes only 1 RU space and comes with an internal power supply. It provides Power over Ethernet (PoE) and hence offers power redundancy. This is exactly the right solution for your high standards, being in a demanding studio environment, at band rehearsals or on tour. Everywhere at these places, an extremely reliable, latency free and momentum faithful analog output and headphone sound is essential. This is where KLANG:quelle 19″ comes into play. All these features come in a road ready, robust housing. 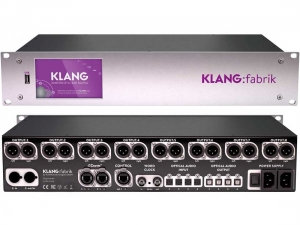 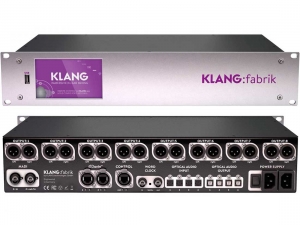 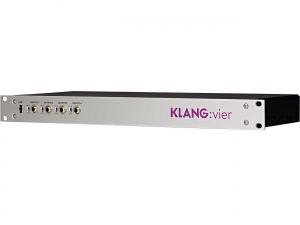 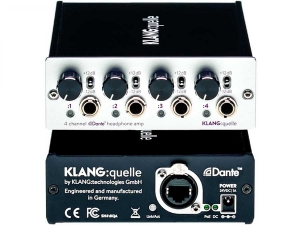 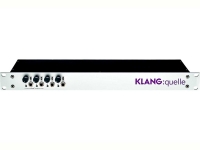