No results found with that criteria :(
ADVANCED SEARCH
You are here: HomeCatalogueVisualSignal Processing UnitsMA Lighting MA VPU Light Used, Second hand
ABOUT THE PRODUCT ABOUT THE MANUFACTURER GLOSSARY


Since its foundation in 1983, MA Lighting has expanded to become one of the internationally leading companies for computer-controlled light consoles, networking components and digital dimming systems. With integrated system solutions and the grandMA product family, international standards were set. 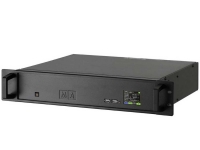