No results found with that criteria :(
ADVANCED SEARCH
You are here: HomeCatalogueAudioMicrophonesSennheiser AC 3000 Used, Second hand
ABOUT THE PRODUCT ABOUT THE MANUFACTURER GLOSSARY


Sennheiser is a German audio company specializing in the design and production of a wide range of both  products, including microphones,headphones and wireless systems.
Sennheiser is mainly known for its consumer headphones and professional microphones.
The most famous microphones by Sennheiser are the MKH 416 short shotgun, which came to be the Hollywood standard shotgun microphone, and the 816, similar in design with longer reach.
Its also makes wireless microphones.
Subsidiary products include aviation, multimedia and gaming headsets, micro-Hifi systems, conferencing systems, speakers and amplifiers. 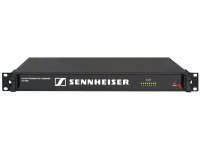